On March 24th, we celebrate the National Day of Remembrance for Poles who Rescued Jews under the German occupation. On this occasion, the Ministry of Justice (all photos by gov.pl) in cooperation with the Institute of National Remembrance presents an outdoor exhibition devoted to heroic Poles who risked their lives to help Jews, often paying the highest price for it.

The period of German occupation was a time of terror on an unprecedented scale. The Germans aimed at the reduction of the Poles to the rank of sub-humans who were supposed to work and provide services for the "master race". Particularly cruel persecutions were directed against people of Jewish origin. The persecution, which began when the Germans invaded Poland, quickly escalated to the decision to systematically exterminate the Jews. 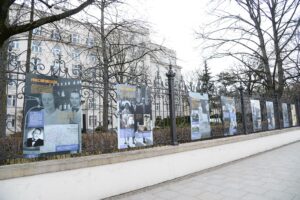 Even though helping the Jews was punishable by death, many Poles did not remain indifferent to the fate of their persecuted fellow citizens and did their best to save their friends, neighbours and sometimes random people who, in dramatic circumstances, turned to them for help. Such silent heroes are commemorated by an exhibition displayed on the fence in front of the Ministry of Justice in Aleje Ujazdowskie. 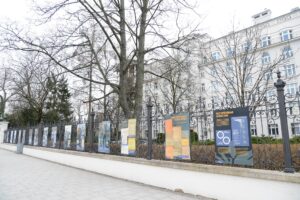 It consists mainly of pictures of concrete people, laymen and clergymen, Polish families who hid Jews, helped them to escape from ghettos, provided food, money, medicines and fake documents. Thanks to them many Jews sentenced to certain death survived. Some of the Poles depicted in the photographs shared the fate of those whose lives they were trying to save - they were murdered along with the Jews they were hiding. 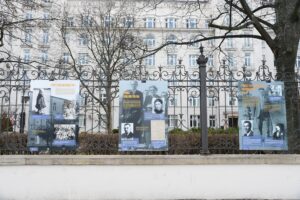 The exhibition also reminds of the activities of the Council to Aid Jews "Żegota", the only underground organization in occupied Europe which aimed to help Jewish people. Polish diplomats who saved Jews abroad have not been forgotten either. It is worth mentioning that in the Swiss Valley, right next to the building of the Ministry of Justice on Chopin 1 Street, there is a monument commemorating Henryk Sławik, who saved about 5000 Jews in Hungary. 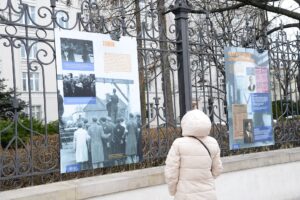 The photographs used in the exhibition come from such sources as the Ulma Family Museum of Poles saving Jews in World War II, Institute of National Remembrance, Museum in Przeworsk, Historical Museum of Kraków, Museum of the History of Polish Jews POLIN, the National Digital Archives, National Archives in Kraków, Jewish Historical Institute in Warsaw and from private collections. 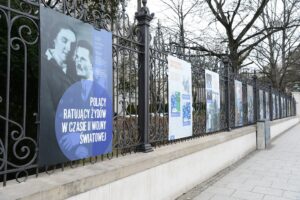 "Whoever saves one life - saves the whole world" - this sentence is inscribed on the medal ‘Righteous Among the Nations’, which is awarded by the Yad Vashem Institute at the request of Jews who survived the Holocaust. More than a quarter of all people who are entitled to this honorary title are Polish. Many of the Righteous can be found in the photographs which make up the exhibition. The exhibition reminds us of those who were ready to put their own lives and the lives of their loved ones at stake to save another human being.