Poland should have requested reparations a long time ago. I have no idea why this is still not the case. If it depended on me, such a request would have been sent long ago — said Solidary Poland MEP Patryk Jaki to the portal wPolityce.pl.

The problem is that we cannot compete on equal terms with many countries today, precisely because of what happened in 1939 — indicated our interviewee. In order to understand the above, one has to imagine that Poland lost almost 40 per cent of its national resources as a result of the German invasion after the Second World War. In comparison, England or France lost only 1 percent of their resources. Poland fought Hitler, did not collaborate as some countries did, and behaved honourably. Then it was put under communist rule for 50 years, where it could not develop properly — recalls Patryk Jaki.

And that is why Western European countries today are so superior to us and try to take control over us in such absurd matters as the rule of law, and teach us about culture. We cannot simply forget what happened then. It is affecting everything that is happening in Poland today. If the Germans had paid for everything they did to Poland then, every Pole today would be several times richer — emphasized the politician. 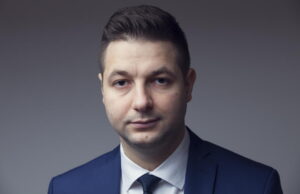 The losses of war are not just destroyed infrastructure, buildings, people who lost their lives. They also include valuables and precious works of art stolen by the invaders, as it was pointed out by our interlocutor. There is a book by an outstanding German historian, Professor Goetz Aly, which illustrates how to this day every German benefits from the fact that Germany plundered Poland to such an extent. Let’s remember that so many valuable works of culture and art, individual possessions are in German houses to this day; they have never been returned to the Poles — emphasised Patryk Jaki.

Our interlocutor pointed out that the fact that Germany has not financially accounted for the crimes of World War II has affected not only the development of Poland in the postwar years to the present day. It will also have an impact on future generations. My children are going to be given a worse start to their lives than children in many Western countries. Precisely because we were robbed so massively at that time, and to this day no one has paid us back for it — he emphasised.